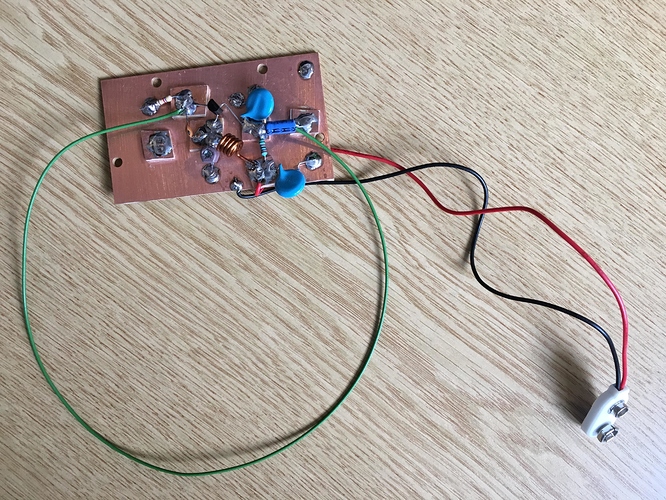 I would like to share an idea in development and something I have been working on related to micro-FM radio transmitters, which may have potential application for autonomous radio broadcasts during Aerocene flights: pirate radio interventions in the Aerocene.

There is a long history in radiophonic arts of experimenting with micro-FM transmissions. Researchers and artists like Tetsuo Kogawa argued that global media communication networks are today so smooth, vast and complex, that critical interference in the radio spectrum should happen in micro, tactile, community oriented and DIY modes. Kogawa writes: ““micro” in micro radio doesn’t necessarily mean low power or small scale. It connotes something qualitatively different - micro means diverse, multiple, and polymorphous.” Kogawa among others developed a series of micro-FM radio transmitters that can transmit in the FM part of the radio spectrum, but advocated for the use of these transmitters in multiple media interventions that departed from and disrupted standardized commercial broadcasting.

We could include in our historical lineage the low-power pirate radio scene in Italy (in which Felix Guattari participated) or Napoleon Williams’ Black Liberation Radio in Illinois, or (although it was internet based) the B92 radio station in Belgrade in the late 1990s. Today we are seeing a resurgence of interest in micro-fm transmission, with new books being written about low-power community radio, and workshops on DIY transmission media springing up in lots of places.

As part of some ongoing experiments in the politics of the radio spectrum, I worked with my local radio club (The Radio Society of Harrow in London) to construct one of the simplest versions of Tetsuo Kogawa’s micro-fm transmitter designs (pictured here). It is versatile, extremely light, and battery powered. You can add a microphone or an audio input cable. With this tiny radio, one can ‘interfere’ or broadcast-into the fm spectrum, for anyone with an fm radio to hear. 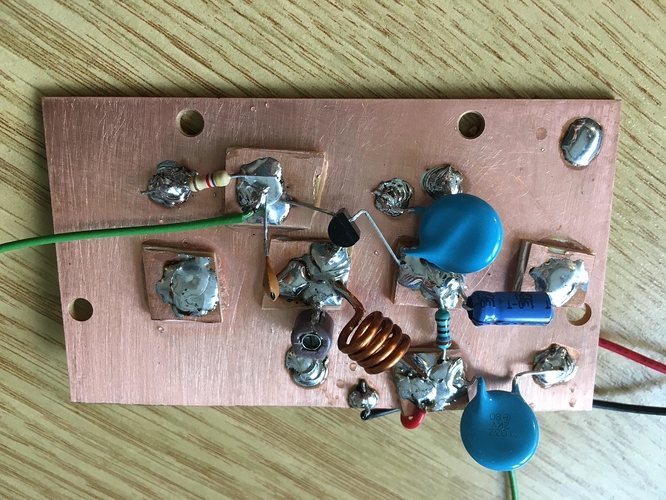 In past discussions about how Aerocene engages with the radio spectrum, we asked how to make these radio relationships palpable and visible for participants who are not licensed radio amateurs. There was also a question about how Aerocene engages with the politics of the electromagnetic spectrum. It is relatively clear to many of us what Aerocene is proposing in relation to energy use, and regimes of carbon-based fuel. But what is Aerocene’s code of ethics or manifesto for the radio spectrum, on which it also depends?

A micro-fm transmitter like this one can be easily attached to an Aerocene payload as it exists now. While an Aerocene sculpture is flying on a tether, the micro-radio can be broadcasting on the fm spectrum, and participants on the ground can listen-in live to the micro broadcast coming from the flying sculpture. Perhaps this is one way to engage participants and non radio-amateurs in questions about radio politics. Perhaps it is one way to create more of a tangible sensory connection between a floating Aerocene sculpture and those on the ground. Perhaps we could have Aerocene pirate radio parties. From before Aerocene was called Aerocene, we always had dance parties inside and around aero-solar sculptures

There is too much to include in one post, so I am leaving out a lot of context and ideas, both conceptual and technical. If anyone is interested in collaborating further on this do let me know!

Hey @sasha! What a powerful idea! I’ve always admired lo-fi disruptive technologies. Not only I see amazing potential in this radio device to connect a community through an Aerocene tethered flight, but what drives even more enthusiasm is imagining this device in Aerosolar free-flights! I remember the Aerocene movie at Palais de Tokyo, portraying these black flying masses as living creatures as they go across borders, both physical, legal and social, reaching new horizons and imaginaries. What sort of sound would we choose for a free-flying Aerocene travelling across long distances? Would we have a recording of an evolved Aerocene manifesto? Or would we just broadcast the sounds of the upper atmosphere? Could we carry messages from one group of post-fossil fuels nomadic population to another? Or maybe we would just tune in to the infra-sounds of waves breaking away thousands of kilometers afar? Or why not just a musical message of peace -like the sound of a Bolivian altiplano flute- from one side of the world to the other? The fact that these ideas could eventually become an action without burning any fossil fuel I find truly fascinating

Hi…Once your modified transmitter is put together it should be able to send out radio waves, but before you go live you’ll want to check. Connect the transmitter to your device and turn them both on. Then tune your radio receiver to the frequency on the transmitter. If you did everything correctly, you should hear the audio that is playing on your connected device.